Carrie Bickmore made a very surprising personal confession on The Project last night.

The newsreader revealed that her one-year-old daughter Evie has acquired a rather rude nickname, which was given by her nine-year-old son Ollie.

It came after a viral clip of a newsreader getting the giggles while reading a story about a beaver was played.

“My son’s nickname for our daughter is beaver,” the 36-year-old laughed. “Every time he calls out, I giggle.”

It is VERY hilarious. 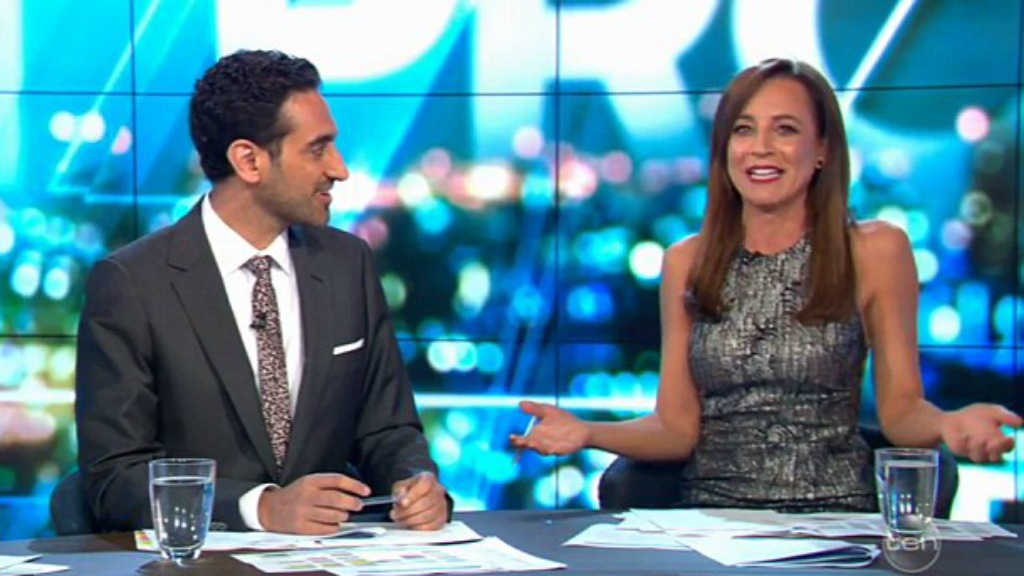 Her co-hosts then asked how her baby daughter had managed to acquire such an unfortunate moniker, and Carrie admitted: “I don’t know where it came from.”

We’re hoping it’s not a nickname that sticks with little Evie for too long.