A Perth woman who advertised her wedding ring for sale on Gumtree has been contacted by a man asking her out on a blind date.

Her listing advertised the rings, along with specs such as their size, certificate and proof of purchase, including the reason for their sale, which sadly, was a relationship breakdown.

Marie, who did not want her full name published, posted the text message to an online forum to ascertain whether the man was being sweet or creepy. 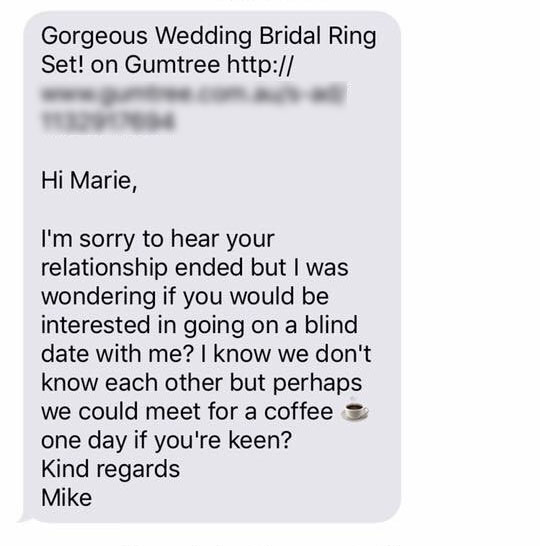 Spoiler: ‘Creepy’ was the overwhelming consensus.

While you would expect that a man would probably be more likely to purchase a ring set, you wouldn’t expect it would be a bloke trawling for a date.

“Hi Marie, I’m sorry to hear your relationship ended but I was wondering if you would be interested in going on a blind date with me? I know we don’t know each other but perhaps we could meet for a coffee one day if you’re keen? Kind regards, Mike”

Marie told 96FM she did not reply and he hadn’t contacted her since.

“It did concern me a little, I’ve never thought of the implications of having my phone number listed of items for sale online before,” she said.

Shortly after Marie posted her text message to the online forum, another woman posted an eerily-similar text… also from a ‘Mike’. 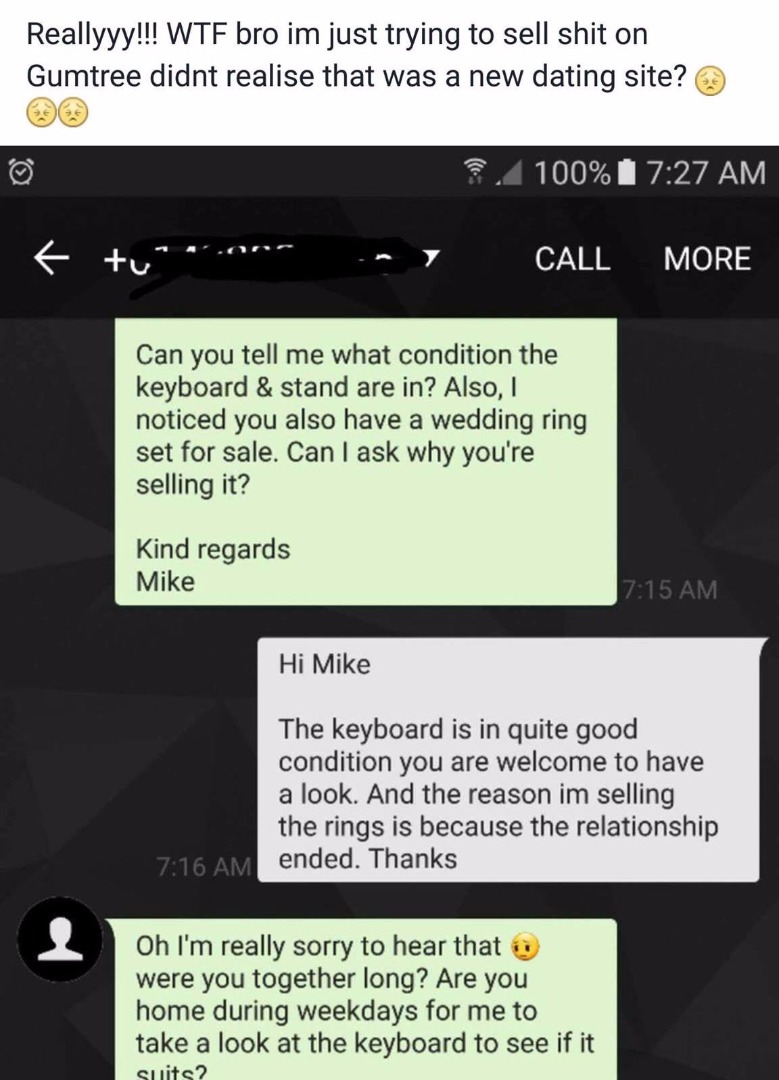 The post attracted mixed feelings about the man’s intentions:

“the opportunism is what I find gross. ‘I know you’re single so….'”

“Found it funny. Hubby said to go i say tell him to make it a double blind date so you can bring a friend.”

“He’s trying to be cute.. but being creepy af”

“It’s pretty weird and unorthodox, but I say what have you got to lose? Just meet him for a coffee lol it would be a great story for the grandkids!”

“I would be alarmed only because why is he trawling wedding ring sets? Is he purposely looking for sad/vulnerable/ lonely women to prey on?”

We can only hope that Mike’s intentions were good, but c’mon, this is the internet.

Stay safe out there, ladies.