Beyonce is topping Facebook’s new list of the Top Entertainers of 2014. The social media company announced on Tuesday that the Queen Bey was the most-mentioned celebrity on the site this year. 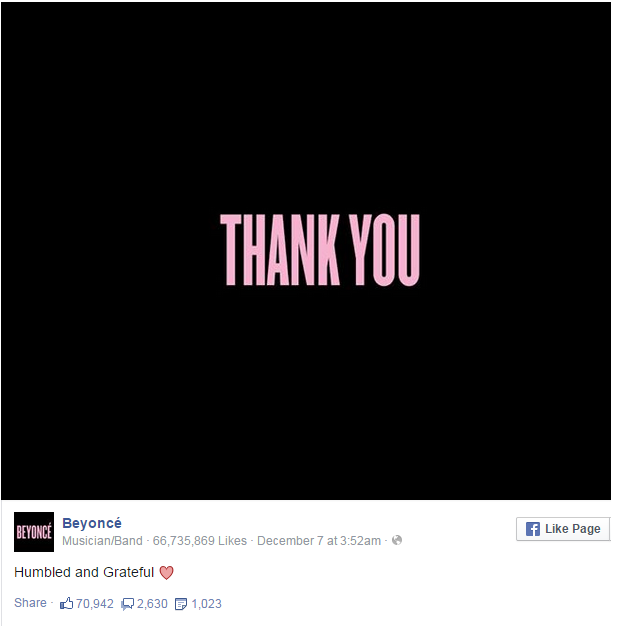