A Queensland mother has said her daughter cried and grabbed her throat after taking Nurofen that tasted like ‘biting into a chill.’

Alicia Holder has warned parents to test the Nurofen for Children after her child suffered an adverse reaction to the medicine.

After seeing her daughter in pain, Ms Holder tested the medicine herself.

She and her husband said they both suffered a ‘suffered a spicy burning feeling’ at the back of their throats.

‘It was like he’d (Greg) bitten into a chilli. He even started coughing,’ Ms Holder told Kidspot.

Ms Holder took to Facebook to issue a warning, with the post saying ‘Fellow parents, just a small warning about the children’s Nurofen,’ she wrote. 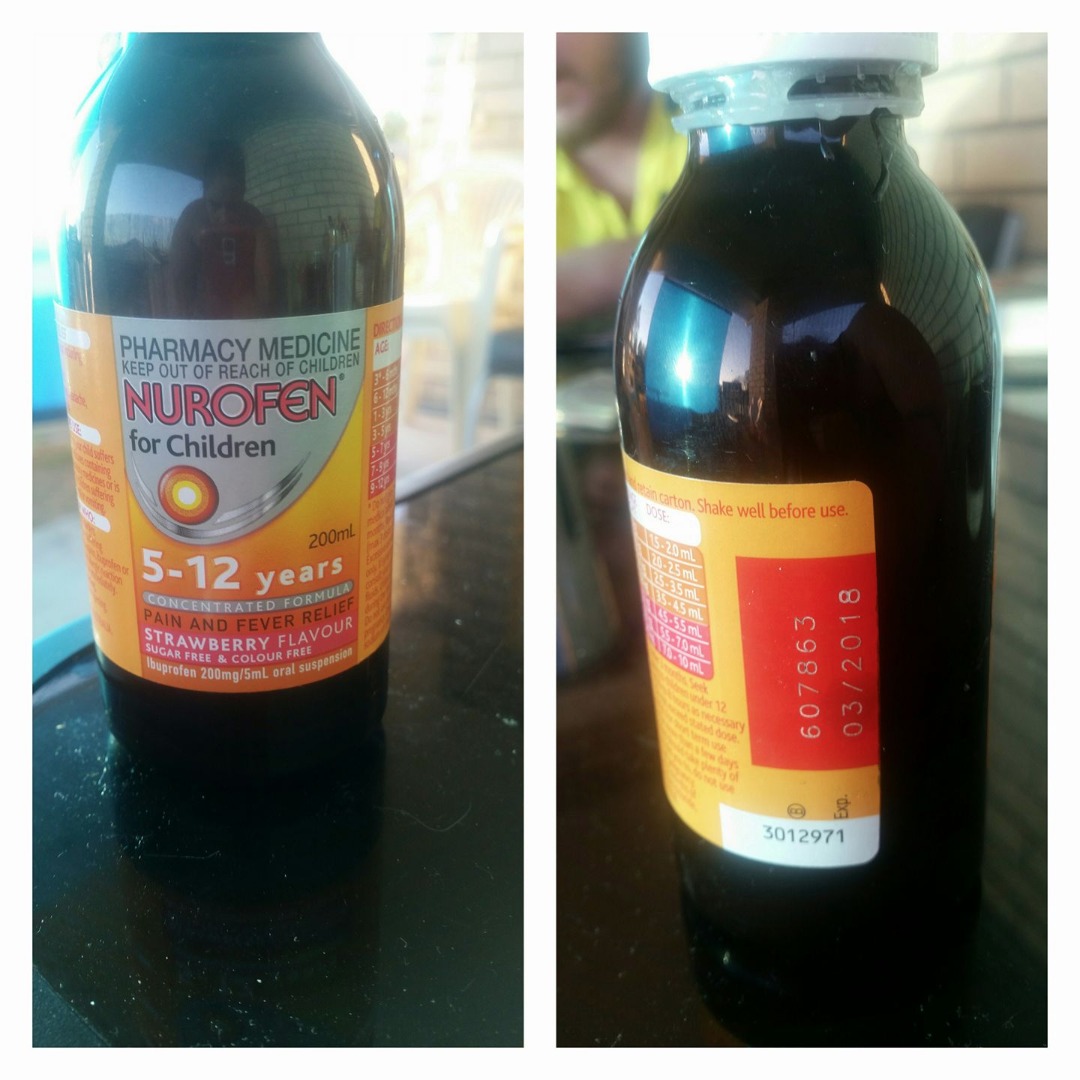 ‘Bought this bottle brand new yesterday afternoon and gave Riley a dose. She instantly cried and grabbed at her throat.’

‘Myself, Greg and my brother all had small tastes and suffered a spicy burning feeling at the backs of our throats.’

The post has been shared over 50,000 times and attracted some comments from Mums saying My kids now aged 10 and eight could never take it. One instantly vomited whenever he was given it. The other told me it hurt her throat.’’

Nurofen has said they are aware of the concern with the product and ‘are looking into the case as a matter of priority.’