Is that an engagement ring we see on Sofia Vergara’s finger? 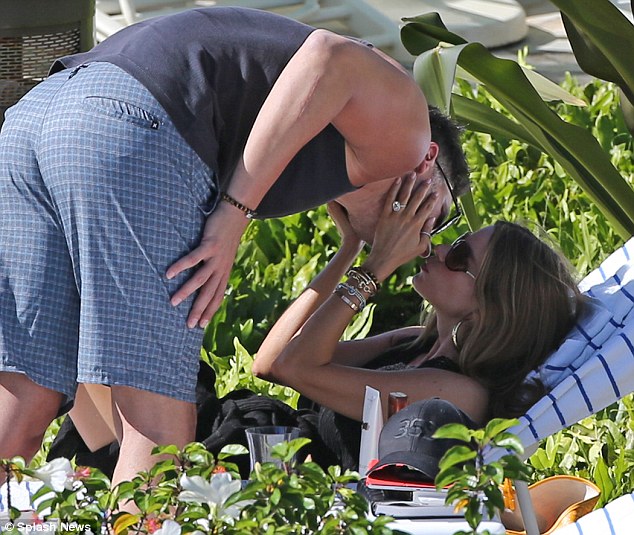 The Modern Family star has been spotted with some impressive bling on her ring finger while holidaying in Hawaii with actor boyfriend Joe Manganiello this week.

While Sofia is no stranger to wearing jewellery on that finger… this looks to be a giant diamond rock which makes us think this couple’s whirlwind romance has taken another step forward.

Previously whenever the 42-year-old actress would sport jewellery on her ring finger it has featured coloured jewels or costume jewellery, often from her own line in partnership with Kay Jewellers.

Joe Manganiello has kept us guessing on Twitter however, retweeting a comment by Larry King this morning about the media’s willingness to report on unconfirmed rumours.

We’re not sure about you but we think this loved up couple are picture perfect and hope that wedding bells are in their future!

Why can’t we wait until actual facts are learned & then report them? All the rest is a media guessing game that accomplishes nothing.

Do you think the ring on Sofia’s finger is an engagement ring? Or just a blingy accessory that she wants to show off?