Poor Alex Perry had his patience tested this morning as he came in to visit Kyle and Jackie O’s studio.

He was cool, calm and collected as he heard insults being hurled at him from internet ‘trolls’ and batted them off with ease.

Alex Perry is taking his roasting like a CHAMP! #KJshow pic.twitter.com/siMxp8OXKI

We posted a photo of him onto a Reddit page, inviting people to give it their best shot.

Wearing a ‘Goliath’ shirt, one of the first comments was, ‘His shirt says Goliath but his penis says David’. 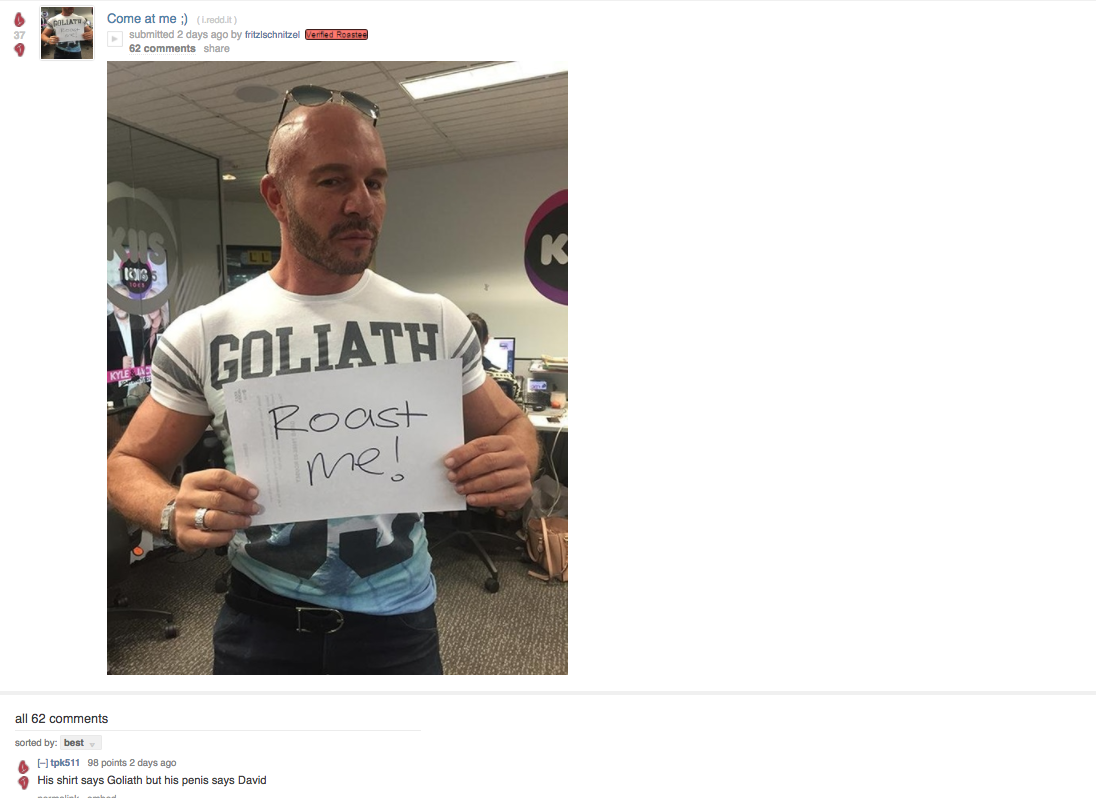 Alex was quick to answer, ‘Well I’ll flop it out and you can see that that’s incorrect!’

Jackie O Ambushed By Clowns in Her Home