Collingwood is not having an amazing season on the field and it looks like it has taken another bump off it.

Photos have emerged of Mapies midfielder Dane Swan posing with a busty, bare-breasted woman have surfaced on Snapchat. 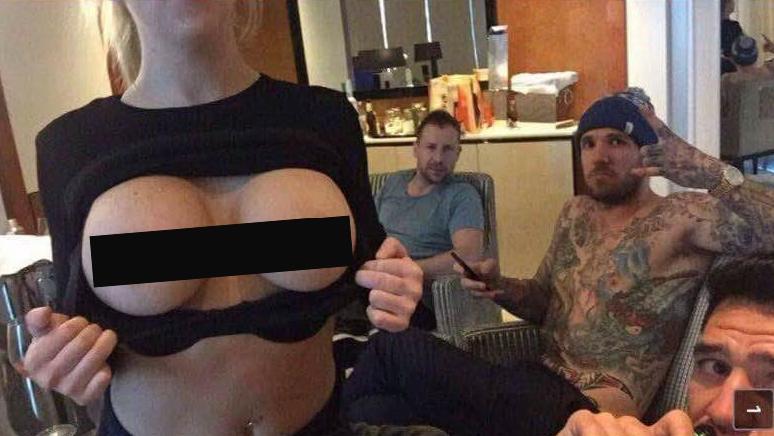 As yet, it is not clear when the photo was taken but it is probably not favourable for the Pies player after photos were released of him baring all were leaked in January.

Collingwood refused to speak to the Herald Sun but said it’s up to their players what they do in their own time.