Is there anything better than a summer’s day in Australia spent in front of the tele, next to an esky full of VB, watching our men in cricket whites and baggy greens compete in a test match? If you answered, “YES, yes there is,” then we’re here to help. Unfortunately, whether you like it or not, at some point throughout the summer you’re likely to be stuck watching a game against your will. Fear not, we’ve got your back. Below are a heap of cricket-related phrases and when to use them, to help you fool even the most seasoned of cricket-enthusiasts and hopefully make the lengthy games go that little bit faster… You’re welcome.

“That went straight down the fielder’s throat!”

What it means: The fielder was right under the ball when he caught it. An easy catch.

When to use it: If a batsman hits the ball high and a fielder positions himself directly underneath it before he catches it.

“They’ve got to get wickets early.”

What it means: The team that’s bowling will need to get the batsmen of the other team out, early in the innings.

When to use it: At the beginning of every innings – considering this is the POINT of a cricket match, this will never NOT be true.

What it means: Slang for ‘how’s that’, commonly used to question an umpire’s decision.

When to use it: Any time your team appears to have taken a wicket.

“He’s hitting SIXES all over the park!”

What it means: A batsman scores six runs when he hits the ball over the boundary line (edge of the pitch) without hitting the ground. Kind of like a home run in baseball.

When to use it: When a chart that looks like this appears on the screen: 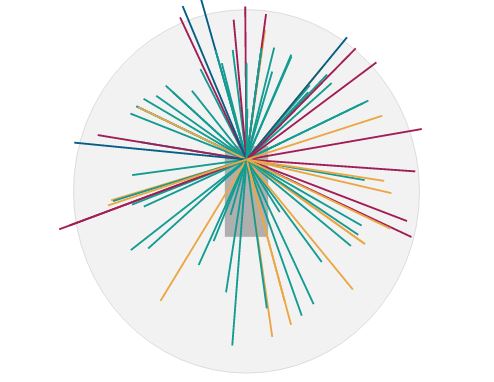 “What do you think of the batting order?”

What it means:  As the name suggests, the batting order is the sequence in which the batsman are chosen to play. The captain can change the batting order throughout the match. It’s a super strategic part of the game.

When to use it: Ask any cricket enthusiast this question after the batting order has been announced, which is generally after the toss. Smile and nod in response to what is sure to be a lengthy answer to your question.

What it means: A hat trick is when a bowler takes three wickets, consecutively.

When to use it: If a bowler has bowled two consecutive wickets, and is about to bowl his third ball.

What it means: To a cricket fan, retired cricketers are akin to superheroes. Mentioning a celebrated ex-cricketer will create a sense of sentimentality and nostalgia.

When to use it: At any time throughout the match. Just don’t use Shane Watson as an example, ever.

If all else fails, just say this a few times throughout, “How good is Dave Warner?”, which will always be met with enthusiastic agreement.